Why Are People Afraid of the Abundance Mindset?

Why are people afraid of the abundance mindset? This is something I have wondered about for a long time.

I was even afraid of the abundance mindset myself. In the past, I viewed money as evil. It even said in the Bible that it was the root of all evil right? Going back and looking again, I realized it was actually the love of money that was the root of all evil. And that is just because loving any sort of material possession is not conducive to our advancement as Spiritual Beings. This is simply because it is material only. 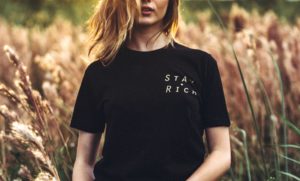 But there are many different types of abundance. Money isn’t the only kind. Even so, money isn’t bad. It took me a long time to accept this. But think about it… the more money we attract, the more we have the capability to help others right?

Back to another Bible reference, there is the story of the Good Samaritan who stopped to help the sick and dying man on the road. He got him food and took him to an inn.

But here’s a thought—if the Good Samaritan hadn’t had any money, he wouldn’t even have been able to help and that man could have died! The worst part? The Good Samaritan would have suffered right along with him.

There is another story I am going to share. It is a parable I heard long ago, though I do not know where it originally came from. An old man was taking care of his sick wife. His wife was so ill she couldn’t even get out of bed or do anything for herself. The man put everything—his whole self—into taking care of her.

Every day he would go out and work or beg for food. He would bring every little bit of food back to her, keeping nothing for himself. He wanted her to have everything so that she could become healthy again.

But as this went on, he became weaker and weaker himself.

The point is, we must take care of ourselves first in order to help others! This isn’t being selfish, it is exactly the opposite. It is being selfless!

So just remember how important it is to take care of yourself! And I don’t just mean physically (which is also important to of course), but financial abundance is something we should never feel guilty about. It is a true blessing and also an energy exchange.

The more financial abundance we have, the more we can put out into the world to help others. This, in turn, will lift and raise the global vibration!

Could you imagine how different the world would be if all of the spiritual people were millionaires? Or billionaires? Definitely, something to think about.

This is certainly what shifted everything for me, and this concept has helped me open the eyes of many people around me.

So tune in, venture inward, take a little bit of “me” time, and then go out there and raise the vibration! There are a lot of us out there ready to help you!

Top 15 Inspiring Quotes to Help You Stand Out

Qat Wanders has been wandering around the world for most of her life. She is a professional Wellness Mentor, Author, and Yoga Instructor with over a decade of experience in these fields. She specializes in helping those who suffer from chronic pain, heal and find relief through Yoga and the therapeutic art of mindful movement.
http://www.qatwanders.com/ 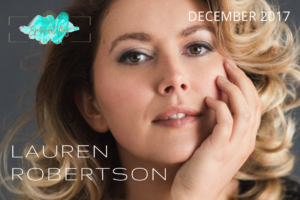