Wait a Minute…This Could Be a Business! 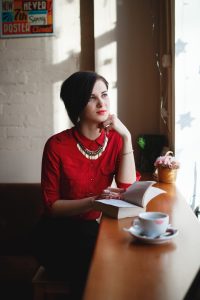 I realized early on that I wasn’t quite like the other kids. Sure, I was a bit of an introvert, but that wasn’t even the half of it. The things that I’d pick up on, the prophetic visions that I would have, were a far cry from the Romper Room antics of my classmates. It wasn’t until high school when I realized that I could put these talents to better use. Coming from a middle class family where frivolities and couture items were in short supply, I found other options for purchasing the things that I wanted.

That was me, sitting in the cafeteria during lunch, with a deck of Tarot cards. That was also me, in the locker room, explaining to a comrade the meaning of the odd dream they’d had the night before. I can recall vividly, arriving to school totally broke, but having made enough money by lunchtime, to pay for a sandwich and fries at the nearby diner. My schoolmates, and even a few of my teachers, would often hunt me down in the hallways to request a reading of some sort.

One evening, a friend called my home very late, franticly requesting my services. As exhausted as I was (I believe it was the week of midterms), I explained to her that while I could assist her, it would be at a higher rate due to the last minute nature. Expecting some pushback, I laid out my Tarot deck knowing that I’d read for her regardless of her answer. To my surprise, she agreed to the price without hesitation. I knew at that exact moment, that I was on to something. It was as though the Universe had, in its own divine serendipity, opened my eyes to transforming my occasional hobby into something bigger. Much bigger.

Although this ‘ah-ha’ moment intrigued me, I was skeptical as to how much of an income I could actually generate. The thought of venturing out into the unknown was almost nauseating.  Feeling a bit leery of my own capabilities, I stifled my entrepreneurial aspirations and continued to tool around with my gifts. Life seemed to move rather quickly after I graduated. I married my high school sweetheart, and together we had a couple of wonderful little girls. I’d cater to just enough clients to cover the basic expenses: pampers, a phone bill, some pretty little dresses; all the while, working on my craft and learning from mentors that I’d met along the way, women who were pioneers in their abilities and were ever so kind to share their knowledge with me.

Over time, the more I learned, the better equipped I was to facilitate a greater array of services. My clients were delighted, and I was overjoyed that I was able to serve so many people. That was, of course, before the internet boom. The internet afforded me a whole new avenue in reaching new clients. The internet positioned me to propel forward with a whole new strategy. Would I be able to really create a sustainable business this time? Only time would tell.

Are You a Spiritual Entrepreneur? Discover These 3 Empowering Insights

Is "Spiritual Business" an Oxymoron?

I’ve spent over 25 years providing Essential, Caring and warm In-depth Intuitive Spiritual Counseling with only the highest level of client service, combined with a good dose of practical sass. I am passionate about providing Spiritual guidance to all of those in need, and I've been very fortunate to have clients from all around the world.
http://www.1wisespirit.com/ 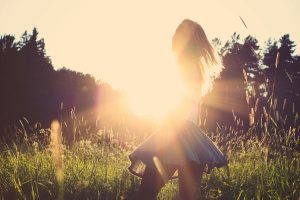 Are You a Spiritual Entrepreneur? Discover These 3 Empowering Insights

Your spirituality grows where your focus goes. Do you feel being called into starting your own spiritual based business?...
Copyright 2016 Maska Media, LLC
Back to top