The Moment I Regained My Spirituality 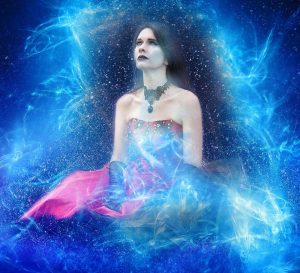 Growing up as the daughter of a Communist, it was normal to feel a disdain for God and anything religious. My father, who was from South America, had won a scholarship at the age of 18 to study as a civil engineer in Russia. He eschewed religion and God and a belief that there was anything other than the physical in our existence.

He was grounded, mathematical – he designed bridges for a living – and practical. He loved to cook, sew, garden, build and tinker with things, whether it was building circuit boards or repairing the car.

At the same time, he did not understand why I was a dreamy child who spent her time with her nose in a book, writing stories, directing my friends in the plays I scripted and singing Abba songs in a band with my friends. I was the happiest dancing on the table to Donna Summer records.

All through my teens and 20s, I was conditioned by my father’s thinking. I thought there were strength and superiority in not being open to the rules of religion. I also thought religion and spirituality were one and the same thing.

I did not want to believe in anything over and above what was there in front of me.

All the while I sensed there was a higher force at play in my life – the timing of meeting my twin flame at the age of 19 hit me like a bolt of lightning and I knew it did not happen by chance. And I have never been afraid of death, instead seeing death as a coming home to love and peace.

What changed me in a complete volte-face was a late-term miscarriage at the age of 39. It was my first pregnancy. I had bled intermittently from the ninth week and I knew things were not going too well. Yet when I miscarried in the 16th week I was still shocked and stunned that this could happen. I had been in complete denial at all the signs that led up to that event in a strange hospital in Sydney, Australia, thousands of miles from my family and friends, with just my partner for support. And a low-level amount of support it was too. He was wrapped up in his own way of dealing with it. This huge blow, and the thought that we might never be parents.

So I went to see a psychic for the first time. Someone who could communicate with this spirit realm that I had disregarded and ignored for so long. His name was Clint Bluesky and he lived in New Zealand, which was where we were living at the time. And his reading gave me the hope and answers I had been seeking – why had I miscarried being one of the questions.

He told me I was a lightworker – a term I had never heard before. He told me things about my life that were accurate to the nth degree and he told me about events in my partner’s life that I had not known and when I asked him about them afterwards, his face confirmed the truth of what I was saying to him.

And from that moment on I stopped denying my spiritual side that had lain dormant for so long. My spirituality rose up and grew like a wild and majestic creature, restored to its necessary glory. So much so that today I am a spiritual teacher and healer, being one of only 65 teachers in the world of a modality called Rahanni – meaning ‘Of One Heart’.

I cannot conceive of a life without the spiritual dimension. I have evidenced countless moments of support and guidance I receive from my spirit guides. And my path is for this spiritual knowledge to continue to grow until it is time to come home to Oneness.

So for anyone struggling with their spiritual faith, who is disconnected from it, I hope you can take heart from my story. I hope it inspires you to seek your own truth and answers and that in time you will no longer feel alone – like I did for the first part of my life. And to feel that we are truly supported every step of the way. And from this place of knowing grows sustaining gratitude, peace, happiness, and love for oneself and others.

The 4 Main Intuitive Channels and How to Develop Them

To Influence or to Empower?

Hilda Kalap is an award-winning spiritual healer, teacher, writer and public speaker guiding spiritual entrepreneurs to overcome anxiety and other negative emotions to live powerful, fulfilled and balanced lives. Hilda uses a combination of ancient practices and modern modalities in her online ‘Higher You’ and ‘Soul Illuminator’ packages including Emotional Freedom Techniques, Matrix Reimprinting and the Law of Attraction. https://hildakalap.com/
https://hildakalap.com/ 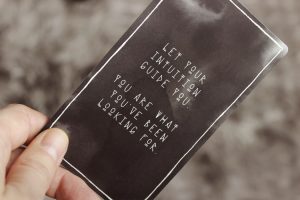 The 4 Main Intuitive Channels and How to Develop Them

It is often a misconception that you need to be gifted in some way in order to do readings or see and work with your spirit...
Copyright 2016 Maska Media, LLC
Back to top