Fear Is a Question

Was it the Rock Climbing that I didn’t want to do? Or was I fearful of something else?

I was thinking of my daughter’s up coming birthday and choice to take our family rock climbing. I caught myself saying, ‘I don’t really want to go rock climbing’, yet something also said, ‘I should because there are only a few of the family going so it will be noticeable if I didn’t climb.’

Do you have times where several voices are talking in your head?

Sometimes it’s even a war going on in there.

Everyday gives us opportunities to reflect and learn. The journey and the lessons are amazing.

In that moment I saw my dilemma – to do what looks right for my daughter, or do what I want.

But that raised another question, “WHY don’t I want to?”

And therein was the start of my lesson. 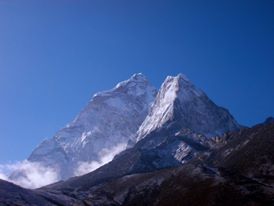 So to sort out my dilemma, I asked MORE questions. I can hear you asking, ‘Wouldn’t that just confuse things?’

Ultimately no, and here is why.

I asked Why I didn’t want to go rock climbing? And I kept asking why until I got to the root of issue.

You will find that our reasons for not doing something are fear based.

Was it the lack of money as I’d just lost part of my job?

Was it the embarrassment if I fell?

Was it the fear of the heights?

It’s all about fear.

A fear of safety, of security, of loss of love, or loss of food.

Is there an answer to our fear? ABSOLUTELY.

We need to be prepared to go deep within our souls and find our fear and confront it.

We need to truly be able to face it if we are going to change the situation in that very moment and not have to relive the test again.

Will we fight the fear now, or flee from it until the test comes again?

I chose to ask my fear if it was a legitimate safety based fear, or was I creating an excuse and calling it fear? I realized that I didn’t need to be afraid of inability or safety as it was a supervised event. I discovered that I was embarrassed, and yet I shouldn’t need to be because I had done many silly things and survived. I TALKED TO MY FEAR so that it would not stay energetically corded to my physical being. It had no justified reason to be in my body, and I had a better reason to have a go at rock climbing, laugh with my family and enjoy our life together.

In my business, Lotus Energies, an idea that has been birthing for years, I have faced challenges that usually have raised some kind of fear. Fear of failure. Fear of embarrassment. Fear of comparison. Fear of not being good enough. Fear of not knowing enough about media or webpages, or Facebook. Fear of time. The list can go on.

Fear can be so destructive, so debilitating and so self-sabotaging.

Fear can also be used as a catalyst into a strength promoting realization.

One small step towards any short term goal is one step closer to the bigger picture.

So today, recognize that the Fear is real, and that’s okay.

Talk to the Fear and even give it a name.

Don’t let the fear grab hold on you.

Push through the fear no matter how hard it may seem to be and watch yourself strengthen. 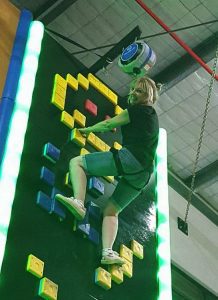 So did I rock climb that day? Sure did. The picture tells it in a not so glamorous way, yet none the less truthful. I did it. I reached the top. I gained new heights, and I have stronger muscles to show for it.

Use your Fear as a hurdle to jump, a wall to climb, but just Do It.

Until next time, like the Lotus – Be Open to Universal Possibilities, Stay Connected to Your Divine Energy and Feel Yourself Grow.

Are You Really Happy?

You’re So Lucky to Do What You Do!

Leanne James is a Holistic Spiritual Healer. Using Reiki, Counseling and Crystals, she inspires you to go within, reunite with your Divine inner child and heal the hurts, traumas and diseases and live consciously and fully. Using science, counseling, spiritual background, training and experience, Leanne shares how to bring your authentic self to the fore and grows, like the Lotus rising from the Mud.
http://www.lotus-energies.com 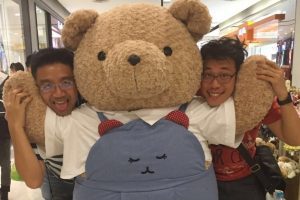 Are You Really Happy?

Have you ever examined the question, “What does happiness mean to me?” “Am I really 100% happy now?” "By knowing...
Copyright 2016 Maska Media, LLC
Back to top