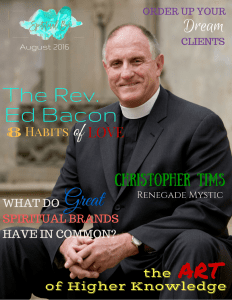 Ed Bacon is an Episcopal priest and leading national voice on issues of faith and justice for all regardless of race, gender, faith, or sexual orientation. He is the author of the 8 Habits of Love, and has been both a guest and a regular guest host on Soul Series, a contributor to Oprah.com and a frequent guest on Oprah’s Super Soul Sunday.

KIMBERLY: Ed, you are one of the great spiritual thinkers of today. You have made several appearances on Super Soul Sunday and contribute on oprah.com, but for some of my audience who may not be familiar with you, share with us your story and your philosophy.

REV. ED BACON: There are two or three real important moments that made me who I am. When I was 5 or 6 I was playing alone in a grove of pine trees and all of a sudden I felt this warmth and this light and I received a message that I was the most special, beloved creature that had ever been made and in the same instant I got the message that that was the case for everybody else.

Now, in terms of finding my place, my role, which continues after retirement, I was raised in fundamentalist Christianity. And I didn’t like that and yet there was something in it that called to me. I kept getting messages that I was a minister. But there was no way I could be a minister in fundamentalism, so I went to law school. While in law school I began reading Thomas Merton, who I think was the greatest Christian guide in spirituality in the 20th century. His whole thing was how important it is for you to be your true self, not your false self. When you are your true self you are full of love and light and energy. You are connected with everybody and everything else. “Wow,” I thought, “if this is a minister, I can be that kind of minister.”

So I took a break in the middle in the final exam in law school and I heard this voice, an audible voice which I think was the voice of God or the voice of love, because I call God Love, and the voice asked me, “Are you an attorney?” And my answer was, “No.” And the voice said, “If you are not an attorney, do you need a law degree?” And I said, “No.” And then the voice said, “If you don’t need a law degree, do you need to finish this exam?” And I said, “No” and I kept on walking. It was so real, so gentle, so calm, so strong, that I knew it was the voice of love, the voice of God. And that is the voice I have tried to follow all of my life. So to answer your question, my life has always been about promoting this love that is universal of us and for everybody else. For me to follow my true self and to try to empower other people to follow their true selves. That’s my life. 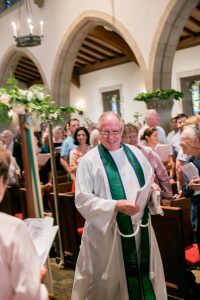 KIMBERLY: Amazing. If we could all have that assurance to know our path. It is such a big thing for people because they get nervous, but you have to just listen to the voice.

ED BACON: You have just raised another theme of my life. The interplay of the voice of love and fear, because you do get nervous and you do get anxious, you do get fearful. Whenever that happens you know that something even greater is inviting you to what I call, “jump off the high dive.” It is that exhilarating nervousness that too many people back away from. I want to give people the courage, the power, the energy to step forth; to express their uniqueness because the world needs that uniqueness.

KIMBERLY: You have had this great success that you probably weren’t planning on because your path was to be a priest and teach but then Oprah came knocking on your door. How have you balanced success with keeping in alignment with your higher self?

ED BACON: Two words come into my mind, contemplation and community. Everybody has to express their uniqueness and everybody has to uniquely express their power that is available to us during contemplation. For me contemplation is an hour of meditation, prayer, mindfulness every morning. I don’t care what you call it or how you practice it; it is just absolutely essential that you do it. And the other word is community. I think all of us have to be in community so that we can understand the impact of what we do. So that we can understand how we come across, because we have to know the impact.

I am really big on Facebook and Twitter.  And I pay attention to what kind of response I get to the posts and the tweets that I file there. Because that tells me if what I have posted is life giving to other people.

So to answer you question about how to keep yourself true, community and contemplation. I think you have to have those two dancing throughout your life. Community to critique you, as opposed to condemning you, is really important. It teaches you how to take criticism and not take it personally. To learn from it, to get feedback.

One of the most important things I have learned is that you can tell your life story in one of three ways. As a victim, as a hero or as a learner. Every time I begin to see my life as a victim or a hero I screw up somehow. But if I can get back to being a constant learner, that is the key.

Here is where Buddhism comes in, the beginner mind is important to have, it is a learners mind. Everyday can be a new experience. To be able to learn in every moment, that is a mentality that is life giving. 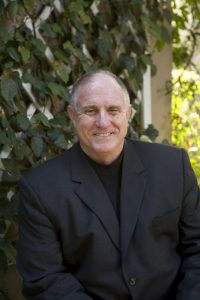 KIMBERLY: Here is my big question, about being spiritual and having financial abundance and the view of money. What is your philosophy on it?

ED BACON: There are a number of things that have to play into this. Money is energy and what you want is to keep the flow of energy going throughout your life. Which does mean financial prosperity, security, enrichment. Now, for me, what I think is so important to keeping that flow going is to be giving as much as you are receiving. I have a book called the 8 Habits of Love and in it I describe generosity as one of the 8 Habits of Love. These are habits you can employ when you feel yourself overcome by fear and you want to get out of the force field of fear and get back into the force field of love, which is where abundance is. Abundance is not in a scarcity mentality. Abundance, financial success, is in that forcefield of love. So if you see yourself giving as much as you are receiving, rather than receiving and holding on to that, then you are going to have a life of abundance. It is true in every persons life.

That means not only in terms of friendships, ideas, and innovation and creativity it also means about money and financial stability.

Accept the money in, take it all in and see how much good you can do with it. If I have a dollar, if I give 10 cents away, the 90 cents will go further than the dollar would have gone. It is a spiritual law. So if you have all of this money coming in and also give it out to other people that is what it is about. Do More GOOD! Let more money come in!

Life is about experimentation, making mistakes, adjusting, making mid-course corrections and keeping going forward. So if you are fearful and anxious then I don’t think you are going to have as an abundant life as if you are absolutely full of love-risk.

When you have the secure base of love you are so free to take risks. And know that you can always take the exit ramp and come back. You can discover you are going in the wrong direction and that is ok. Everybody I know that has a lot of resources are experimenters. And they don’t give up. They are persistent and they get down, maybe momentarily, but it passes.

If you are grounded in LOVE you can take more risks.

You can find Rev Ed Bacon at www.8HabitsofLove.com. Keep an eye out for his next book and his upcoming project with Oprah Winfrey.

What Are You Attracting in Business?

Spiritual Biz Magazine is a community of Spiritual Entrepreneurs that share the goal to create businesses that are a catalyst for shifting consciousness. Spiritual Biz Bootcamp has been created to facilitate the sharing of knowledge on how to create the business of your dreams. To learn 5 Shifts our Spiritual Coaching Clients are using to build 6-figure businesses to raise consciousness and the vibration of this planet watch our free training here: www.spiritualbizsuccess.com 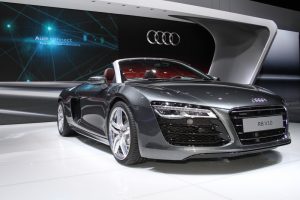 What Are You Attracting in Business?

You should pay attention to your surroundings, it’s very important in your business and personal life.  What you see is what...
Copyright 2016 Maska Media, LLC
Back to top